The History Of The World Wide Web 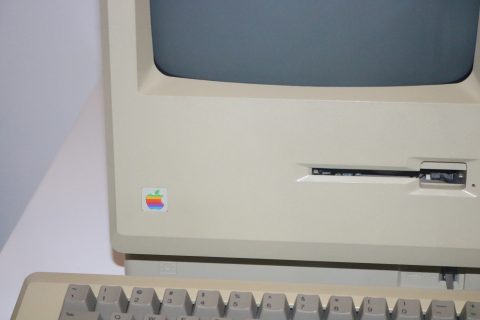 Are you interested in starting a career in Information Technology? Well, before you do, it’s always good to know the history of the industry, so here is a quick history lesson on the World Wide Web.

First, we must go back to 1989 when Sir Tim Berners-Lee invented the World Wide Web. Shortly after Berners-Lee graduated from Oxford University, he became a software engineer at CERN. He pitched an idea to the managers at CERN. About an information management system that used hypertext to link different documents on different computers that were connected to the internet. They said no.

He then teamed up with Robert Cailliau, another engineer at CERN, refined the proposal, and in 1990, the managers gave him time to work on the project.

Berners Lee was using a Steve Jobs-designed NeXT computer when he developed the foundation of today’s web:

Fun Fact: The first ever site was about the World Wide Web project, describing the Web and how to use it. The site’s URL was http://info.cern.ch.

The Web began to grow. Berners-Lee soon began to realize the true potential of the Web would only be released if anyone and everyone could use it without having to pay.

Lee announced the standards would be available in the code on a royalty-free basis, forever.

In 1995, JavaScript and CSS were born. Brenan Eich, the creator, announced JavaScript (formally called ‘Mocha’) which made way for websites to think. CSS was the style and look for those websites.

The Collapse of the Dot Com Bubble

In 2000, investors were throwing money at any startup who even mentioned the Web. Once a company was on the Web, their stock prices would rise. This marked the commercial growth of the Internet. As money was being thrown into these startups, investors overlooked the fundamentals of the business and threw all their confidence into the advancements in the technology, hoping to get a return on their investment. This wasn’t the case and then came the collapse of the dot com bubble between 2000-2001. Many companies were hit, few survived. eBay, Amazon and Google were the major sites who are still around to tell the tale.

From 2002-2003, the race to become the most popular social network began. Friendster, Myspace, and LinkedIn were growing in popularity. Competitors came and went. It wasn’t until 2004 that the way we socially interacted on the web changed when Facebook was launched.

In 2007, the first version of the iPhone was released. Until then, all websites were accessed on laptops and computers. Now, the number of users accessing the web from mobile devices has easily surpassed desktop in 2020. The iPhone has revolutionized the way we access the web from our phones. This is how mobile apps were introduced.

Become a Part of History

Is Career Training Right for You?

The fun, online quiz takes 3 minutes to complete and you’ll get a personalized report. Identify your strengths and social style plus the training and positions you’re best suited for.

Get Your Results Here >>

Fill out the form below, or call:

By submitting this form, you give CCNN your consent, without obligation to purchase services from CCNN, to be called and texted using automated technology regarding educational services at the number provided above. You can also call 775.241.4445.